“Noli me videre” is a video sculpture which consists of an old wooden TV box and a likewise-titled video-recorded open-reel performance, staged by Wolf Kahlen at the opening of the Oferta Festival 76 at Lublin’s Labyrinth Gallery in 1976, played inside the TV box on a modern equipment. The performance was one of the first artistic shows in Poland utilizing a video camera and a camera connected in a closed-circuit. Locked in a box-like room, the artist was monitored by a camera mounted on the ceiling and transmitting the image to the screen placed in the middle of the cube’s floor. The artist endeavoured to shun the camera and avoid being filmed, for he did not want to be watched by the audience gathered outside along the cube’s walls. Produced for the artist’s retrospective at the WRO Art Center in 2010, the installation is a landmark both in the history of Polish art and in the history of media art, which Wolf Kahlen contributed to pioneering. 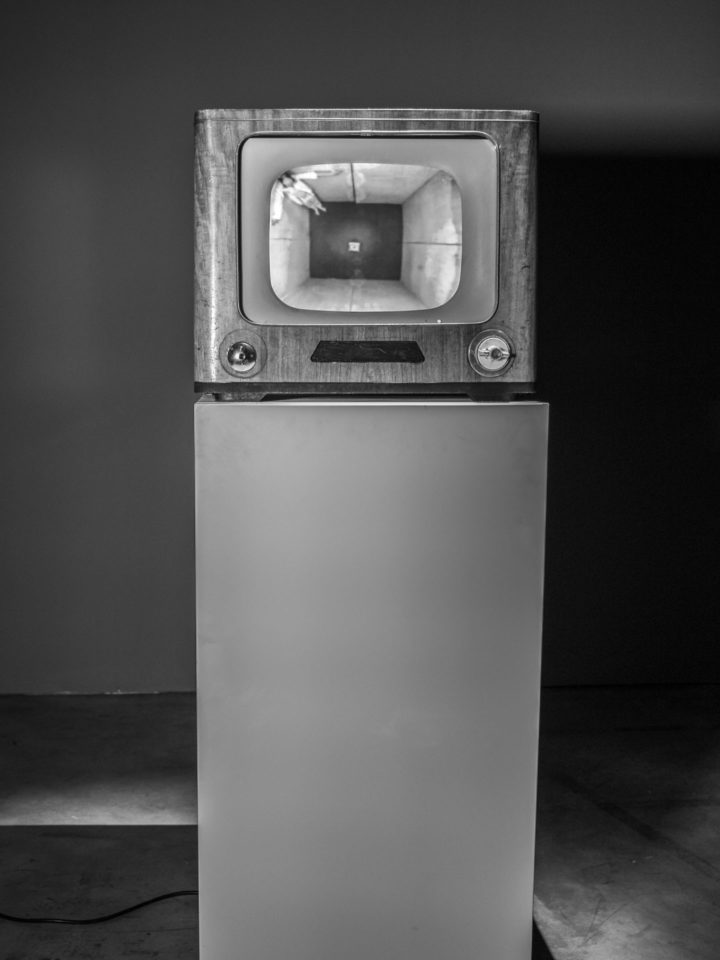