Peter Callas’s installation “Men of Vision: Lenin + Marat” (1992-1995) uses revolution-related images and symbols to universalise or, perhaps to highlight by means of looping the forever recurring patterns of power shifts that are often effected via revolutions. As the artist explains, animations are played in a loop, which is directly associated with the meaning of the English word «revolution» [and its Latin etymology], which literally means revolving, orbiting, circling. This underscores the historical cyclicity of grand changes and upheavals. In the gallery space, cut-off shapes are suspended from the ceiling to serve as screens on which to watch their dedicated images, developed for this unusual event by means of a «nomen omen» revolutionary device – the Quantel Paintbox, a tool for computer graphics processing which radically changed the production of images and animations. The projectors are literally placed in the eyes of large-scale figures of Lenin and Marat, with the artist also framing himself as a “man of vision.” Where is technology-employing art actually heading? 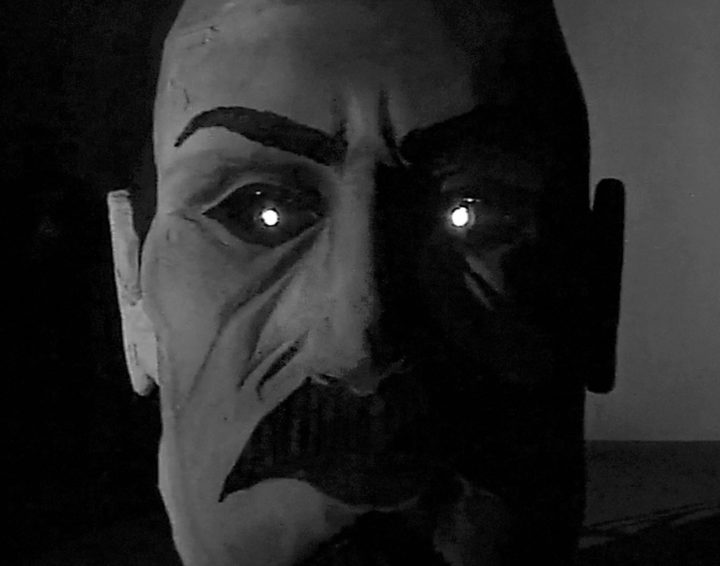