The “Television Hen” (1979) is an installation using a TV set, a loudspeaker, an optical sensor and a live TV broadcast. The pixels of the show which is shown on TV are processed by the sensor fastened to the kinescope and heard as a hen’s cackling. The intensity and the volume of the cackling depend on the transformations of the screen image. Dating back to the time when video art only heralded the rise of media art, the analytical installation turning the optical signal into the acoustic output has political overtones and expresses the artist’s attitude to television as a tool of the Communist propaganda in Poland of the 1970s. 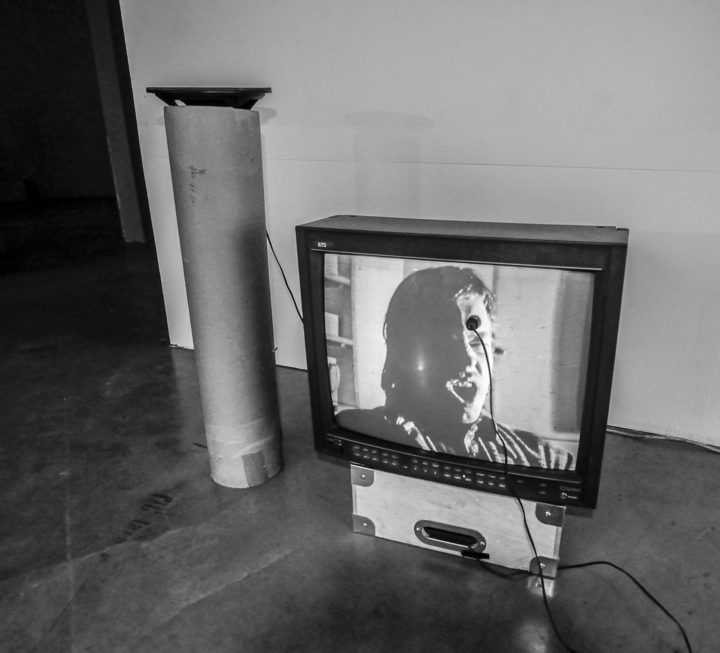